Welcome to Ancient Technology – what is it?

“The circumvent force has a current like a light, which goes through your whole body in an oval shape. Your vibration—whatever you say, create, think—is what we call a protective shield or circumvent force. When that becomes weak in a man, he is trapped by negative forces.” – Yogi Bhajan 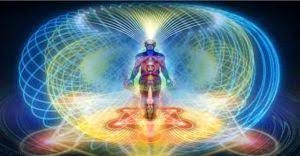 Ancient Technology or Energy has set a spiritual foundation for our ancestors. At its core, Ancient Technology is a frequency of sound, vibration, and light. It was and still is, very much a part of our lives and we at Wahe Wear intend to bring awareness of its power to the world.

Ancient Technology understood the power of words, sound, and vibration

Words contain a powerful energy and have the ability to soothe, help, and heal, or to anger, embarrass and hurt.

Anything you say after “I AM”, you can become. This is because words cast powerful spells. That’s why the word is actually called ‘spell-ing’. Remember the classic phrase, “I’m the rubber, you’re the glue…” You get it. Words are influential! But they carry a bigger force than we realize, so how is it they have such an impact?

Dr. Masaru Emoto, a Japanese scientist discovered an experiment that measures just how powerful our words are and the impact they have on our thoughts and emotions. The experiment is simple. He put rice in different jars, labeling 1 jar with the word love, the other with hate. Every day he held each jar and professed feelings, thoughts, and words of love or hate into the designated jars. As days progressed into weeks the results were amazing.

The Jar he expressed love and gratitude towards remained unchanged and appeared as healthy edible rice. The Jar filled with hate actually turned toxic.  It grew mold and harmful bacteria.

This evidence sparked so much interest in scientific communities, that researchers began taking microscopic pictures of individual water crystalline. Photos of the water were taken under various conditions. Expression through words, musical instruments, and thought waves were all used to alter the structure of the water. All of the expressions had one thing in common: vibration.

This is a water crystalline after positive affirmations and loving prayers:

This is the structure under stress from words/vibration of hate:

As much of our planet and our bodies are made of water, you can see the importance of positive vibes and loving intention. Good vibes don’t just affect us internally, they also influence the aura force and electromagnetic fields around us! This is ancient wisdom that has been documented throughout the world and can be found in art, literature, and ancient yogic teachings.

Mantras have their roots in Ancient Technology

Mantra is the use of sound to affect consciousness. The word comes from the words ‘man’ which refers to the mind, and ‘trang’ which means wave or projection. Everything in this world is in constant motion and vibrating. This vibration is pure energy. Dr. Emoto’s water experiment clearly showed that there is a vibratory frequency that corresponds to everything in the universe. Happiness or sorrow, joy or regret are vibratory frequencies in the mind. By simply speaking prayer or chanting mantra we are setting vibrations into motion that can have a powerful effect. – Ram Dass Bir Singh Khalsa

If Ancient Technology understood the power of sound, vibration, and light then our ancestors were tapping into the wisdom of the Universe to create scientific wonders long before modern technology pushed aside nature and its innate intelligence.